People love to put Shakespeare plays into categories. There are the easy ones: your comedies, tragedies, and histories. Are there weddings, deaths, or real people? Some people like to cluster the Roman plays together (are there togas?) Scholars also like to group together the romances, the later-career plays that feel like a more complex blend of comedy and tragedy (is everything kind of tinged with melancholy alongside the jokes?). But for the tricky ones, where things look tidy on the surface but are much thornier underneath, there's another category: the problem plays. There are different ways to define what a problem play is among the Shakespearean canon, but most would agree that The Merchant of Venice, if nothing else, is a hard nut to crack on stages today. There are wrenching speeches and lovely poetry, but many have argued that its popularity has had an influence in stoking the flames of antisemitism for hundreds of years.  It’s possible to argue that the text itself concedes that sure, Shylock is a person, but he's a bad person, and he's a bad person because of his Jewishness. It's a problem. 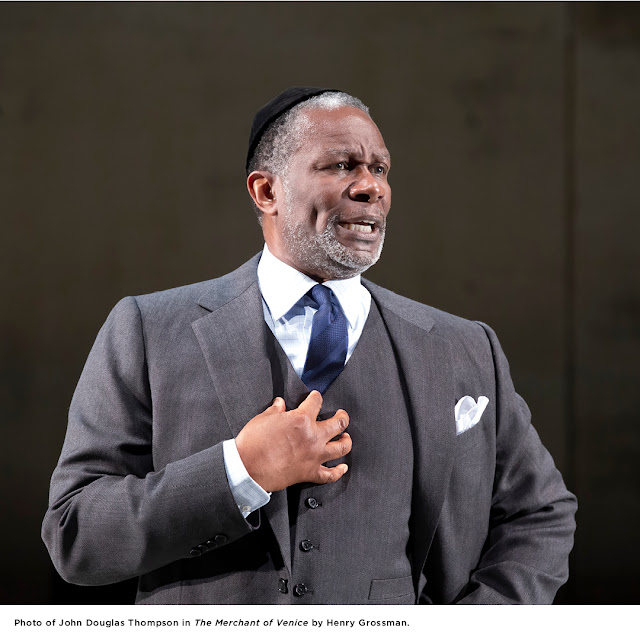 And yet, we still see directors and actors ready to take on the challenge, as with Arin Arbus's production of The Merchant of Venice, in partnership with Theatre for a New Audience at the Shakespeare Theatre Company. Arbus's approach to the thorns in the play is to sharpen each one, from the unpleasantness of hearing Shylock (a powerful John Douglas Thompson) lament his ducats more than his daughter, to every racist comment from Portia (Isabel Arraiza) registering visibly on the face of Nerissa (an excellent Shrine Babb). Far from being an example of the mercy she pontificates on, Arraiza's Portia lashes out vindictively with every blow to a defeated Shylock, and not content until she also moves on to Bassanio (Sanjit De Silva) and Antonio (Alfredo Narcisco) following the trial’s conclusion. The denizens of Venice that make up the rest of the cast are also deeply unpleasant, most notably with David Lee Huynh's Lorenzo, whose scenes with Danaya Esperanza's Jessica bear the heaviest influence of Arbus's directorial approach to the play. By leaning into each unpleasant moment, we do see brief moments of compassion from Nate Miller's Lancelet Gobbo land with more purpose, and the final scene's incorporation of the kol nidre from the Yom Kippur service feels all the more grievously necessary. 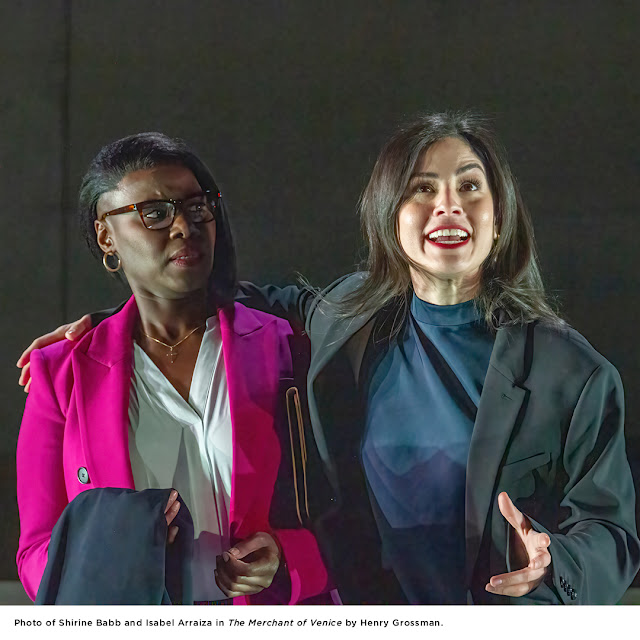 The trick of a production that drives home every bad action of these characters lies in the specificity of its execution. An evening that's spent entirely in the murk may be an interesting exercise, but few audiences are in the mood currently for a play that would tell us only that people tend to be selfish and cruel. A production has to find the moments where the light of clarity can break in on stage, not just within the audience. We often hear apologies for the racism of prior generations that claim things were different back then, that's just how people saw the world and they didn't know better.  In this Merchant, Babb is given space to observe and react to the casual racism and violent antisemitism around her, and even as Nerissa is silent, these moments speak volumes to the truth that someone always knows better (and it's a Black woman who sees it clearly).  Opening up that space in the action of the play lifts the production out of the unrelenting nastiness of so much of the text, just as the staging of Shylock's exit from the courtroom gives us an eternity to comprehend the depth of his wounds with each faltering step. Likewise, watching Jessica slowly realize the bad bargain she has made can lead us to the final scene added by Arbus. 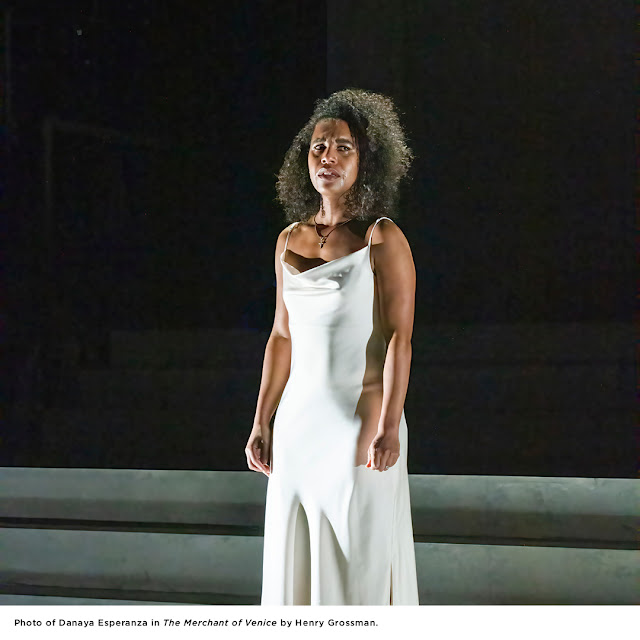 The nature of staging a problem play is that there's an onus to find solutions to problems that may be unsolvable. What works for one person may not resonate with another, and Merchant is always going to have its thorns. Much has been said in recent months about how often non-Jews are cast in Jewish roles, but is the tradeoff of having an actor as brilliant as John Douglas Thompson an easy "worth it" answer? Or is the real challenge to never opt for simple answers to difficult plays? Arbus's production lets us sit with the complexities on stage and know that there’s no simple happy ending for any character, but ultimately leaves us to draw our own conclusions, which is perhaps exactly how it should be.